All students enrolled in Appellate Advocacy participate in the David E. Snodgrass Intramural Moot Court Competition, which began with the initiation of the Hastings Moot Court Program in 1878. In 1963, the competition was named to honor the memory of David E. Snodgrass, Dean of Hastings from 1940 to 1963 and the founder of the “Sixty-Five Club.” The Snodgrass Competition honors the outstanding appellate brief writers and oral advocates at Hastings.

Each year, the Appellate Advocacy professors nominate students for Snodgrass Competition Awards in brief and oral argument categories. The Snodgrass Judging Committee reviews and scores the nominated submissions and determines the winners in each category. Awards for the top ten briefs, top ten oral advocates, and top five overall are presented at the annual Moot Court Awards Ceremony held in April. A student must be nominated for awards in both the brief and oral argument categories to be considered for an overall award. The David E. Snodgrass Award goes to the student with the highest combined brief and oral advocacy score.

The Legal Research and Writing and Moot Court Department congratulates all of our past winners of the Snodgrass Moot Court Competition and shares best wishes for those competing this year! 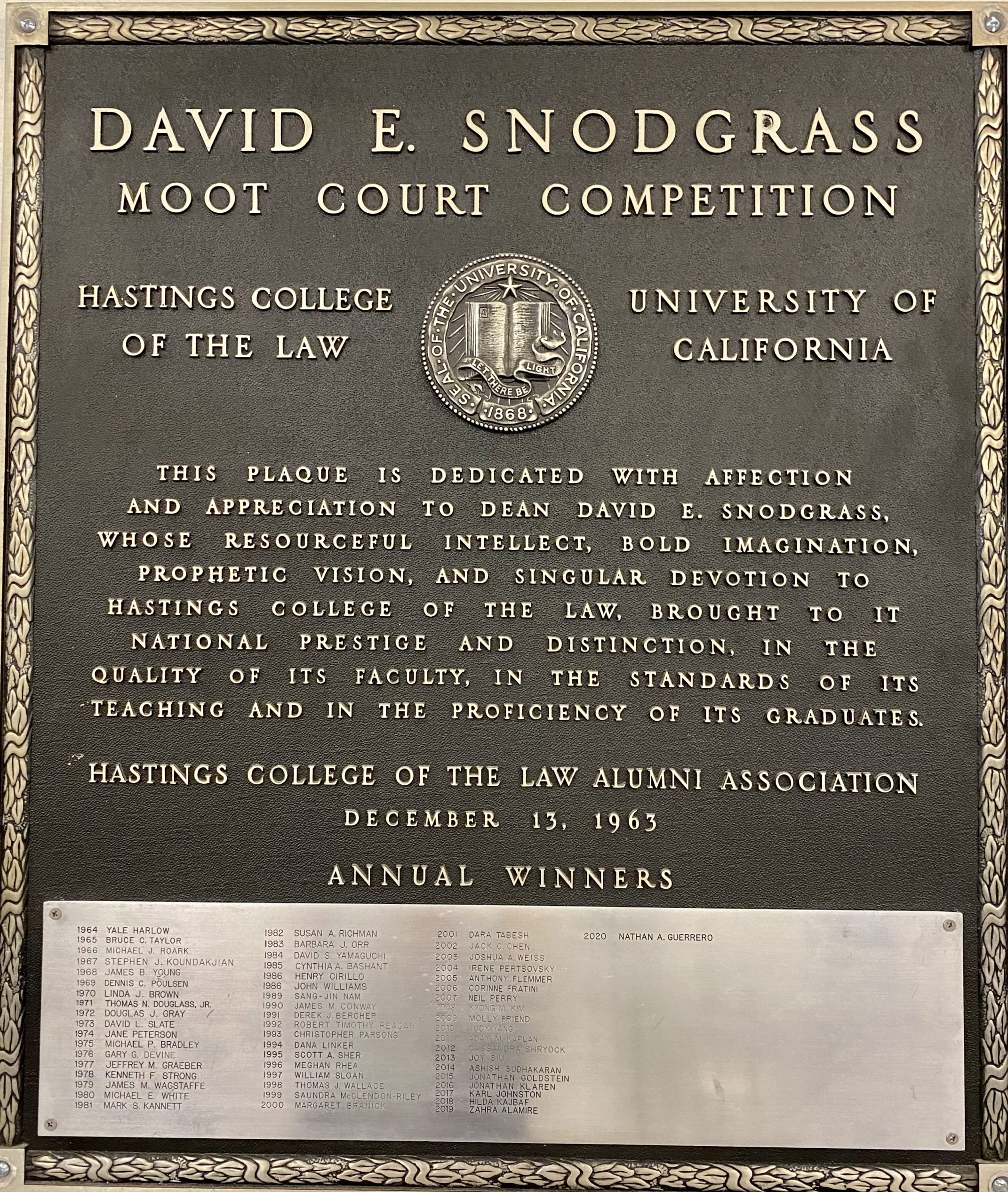